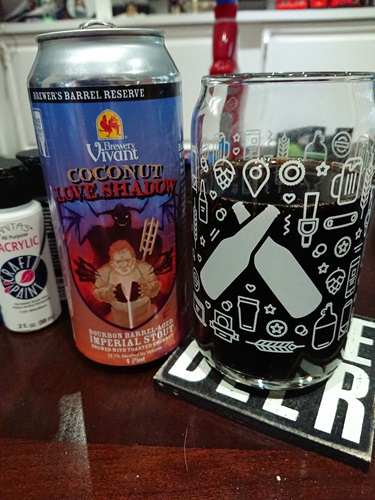 You might have heard of an Imperial Stout called Love Shadow. It’s a great beer in it’s own right. For this version we’ve taken that decadent ale and added hundreds of pounds of toasted coconut. All the coconut was toasted in ovens by our head chef. Yet another of having a brewery attached to a great kitchen. This coconut version of Love Shadow is powerful, luxurious, and mischievous - filled with flavors of cocoa, vanilla, and of course coconut.