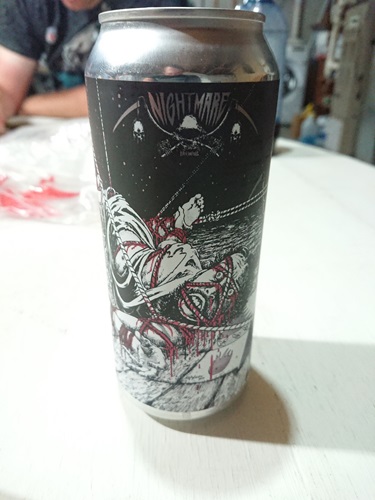 Giovanni II Bentivoglio, the tyrant who ruled Bologna with a tight grip, sentenced Luca Gaurico to the torture of Mancuerda in 1504. The Italian Astronomer, Astrologer and mathematician was known for his scientific contributions and famously prophesied alongside Nostradamus. When Giovanni consulted the astrologist about he and his sons destinies, displeasure was an understatement. Luca was then subjected to the torture (which he survived) and exiled from Bologna. Tight cords were wound around the limbs (usually arms) while the condemned was belted/secured to a stationary structure. The executioner would exert his weight opposite his victim or use leverage to pull the cords against themselves, the tightening eventually cutting through the skin, muscles and directly to the bone. Repeating until the stretching of limbs and cord slicing caused the victim to faint or expire.

A foundation of Eraclea Pilsner grown just 160km (100 miles) from the site of the bloodshed, provides a sticky sweet mouthfeel with hints of honey and aromatic lacing. Double dry hopped with Comet, Galaxy and Polaris as tribute to Luca Gaurico. While the Bentovoglio family crest emblazons the floor on the label.