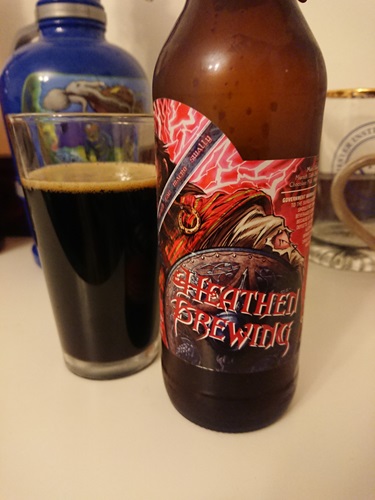 Named after the Scottish shock battle tactic when the Scots would drop their plaid kilts and full charge into battle, weapons hot with nothing but a shirt on. In that same fashion, this Wee Heavy Scottish ale packs a big malty assault that exposes light caramel and toffee notes that volley to a subtle hint of black cherry that will blow your kilt off.