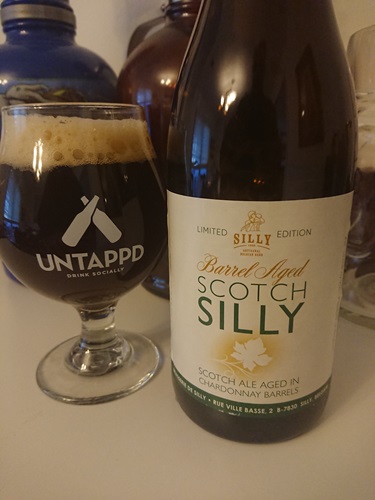 In the 19th century, the large farms of Hainaut grew barley and hops so they could brew seasonal beers for their field workers. In Silly, a small village around 40 kilometres to the south-west of Brussels, Marcelin Hypolite Mynbrughen started up his own brewery in 1850, originally named Cense de la Tour. Marcelin produced malt from his own crop of barley to brew a beer each winter. This particular beer, the Saison Silly, was served to the seasonal workers employed by the farm over the summer.