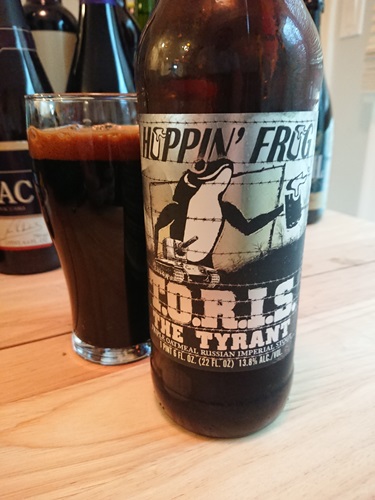 Freedom from alcohol limitations in Ohio has finally been granted in 2016, allowing us to brew T.O.R.I.S.!! This super-tasty Triple Oatmeal Russian Imperial Stout is rich, dark, and flavorful - the way we like it - this beer is intense! It has been long-awaited by our brewery as well as our fans. There comes a day when you break out of your shell, and stretch your wings. Now is the time - time for T.O.R.I.S.!!