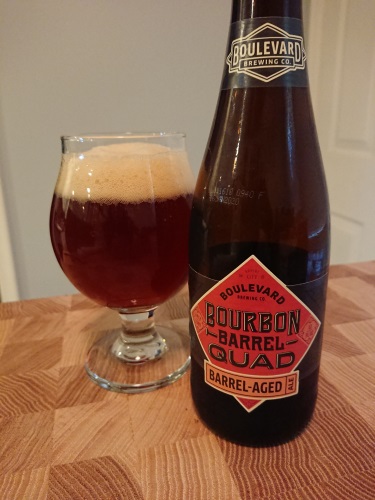 Based loosely on the Smokestack Series’ The Sixth Glass, this abbey-style quadrupel is separated into a number of oak bourbon barrels where it ages for varying lengths of time, some for up to three years. Cherries are added to make up for the “angel's share” of beer lost during barrel aging. Selected barrels are then blended for optimum flavor. The resulting beer retains only very subtle cherry characteristics, with toffee and vanilla notes coming to the fore.